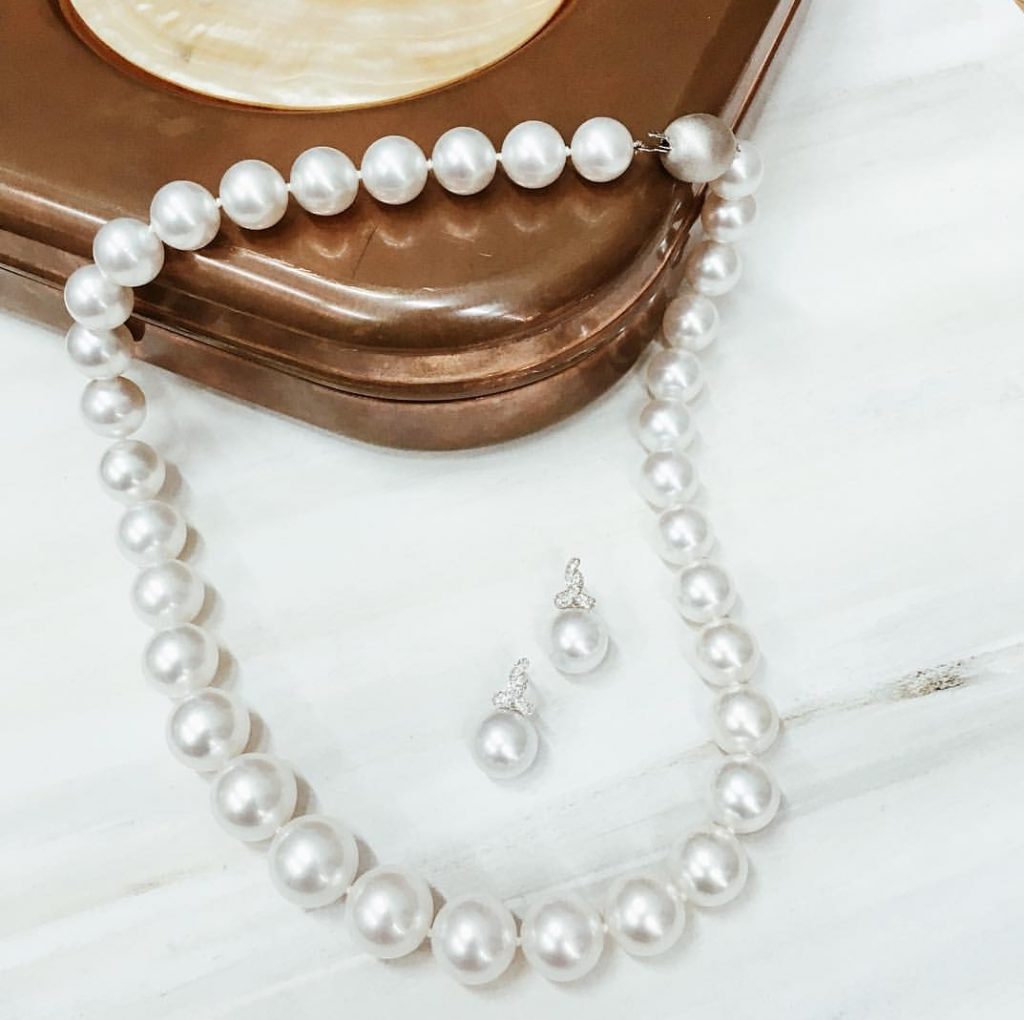 There are three main categories of cultured pearls available in today’s market. These are: South Sea Fresh Water and Akoya. Each type of pearl is unique to a specific part of the world.

South Sea pearls are farmed in salt water and grown in a large oyster shell, the Pinctada maxima. They are mainly produced in Australia, Indonesia, the Philippines and French Polynesia.

So, why are they so valuable?

There are many factors that influence the high price of a South Sea pearl, including the following:

Tahitian pearls are grown in the same way as South Sea pearls, however they are grown in a black lipped oyster known as the Pinctada margaritifera. It’s the colour of the interior of the oyster that determines the colour and variety of the black and grey Tahitian pearls. Their name is derived from the general location of Tahiti, however the pearls are actually produced in the waters of French Polynesia.

Mikimoto is the most famous name associated with Akoya pearls. It is reported that the first Japanese Akoya pearl was produced in 1893, with the first spherical pearl produced in 1905 following the relentless research of Kokichi Mikimoto. Akoya pearls are salt water grown in Japan, China and now India, and commonly range in size from 6-8mm.

The oyster used to grow Akoya pearls is known as the Pinctada fucata martensii. These oysters are seeded with a round bead, made of mother of pearl, and a small piece of living tissue. This is how the predominantly round shape of Akoya pearls is achieved. There are usually only two pearls produced per oyster.

The popularity of South Sea pearls have dramatically affected the worldwide sales of Akoya pearls, however they are still popular for those seeking pearls under 8mm as this size is unavailable in the South Sea pearl cultivation.

Diamond Fluorescence - What's It All About?